There were so many highlights of my time spent with the cast of Dita Von Teese’s Glamonatrix Tour that it’s going to take me a little while to get them all onto the blog! But, for sure, one key moment was capturing this image for International fashion illustrator and celebrity portrait artist David Downton, who has released a tshirt with Stand For Ukraine, where 100% of the profits are being donated to support Ukraine through trusted funds or direct purchases of necessities.

Over the last decade, David Downton has established a reputation as one of the world’s leading fashion artists. His classically elegant, yet highly contemporary images have been a key factor in the revival of interest in the tradition of fashion illustration. With an impressive publications list including Harper’s Bazaar, The New York Times, Vogue and Vanity Fair, David Downton’s commercial client list also includes; Chanel, Dior, Harrods, Tiffany & Co. and the V&A Museum. And that’s before we’ve even mentioned incredible portrait sittings with some of the world’s most iconic women: Cate Blanchett, Dita Von Teese, Erin O’Connor, Iman, Linda Evangelista, Paloma Picasso and Rachel Weisz.

Needless to say, it was a real honour to be asked to capture this photograph at The Brighton Dome last month. A huge thank you to Dita Von Teese for purchasing the Tshirts for the cast – and to Alek Palinski, Dirty Martini, Jett Adore, Lana Kai Fox, Laszlo Major, Prince Julio and Tosca for modelling them so glamourously!

Want to get your hands on a David Downton Tshirt?

This Tshirt, along with a matching sweater, hoodie and phone case, is available to purchase via Stand For Ukraine, 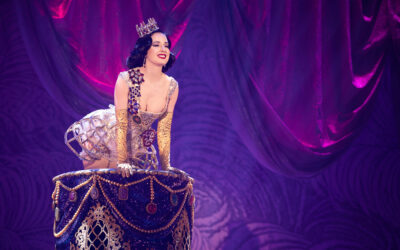 If you've ever wondered what would happen if you put your trust in the Universe, then let me tell you about last week, gorgeous, because honestly... it was WILD. At the beginning of March, I had to cancel some incredibly exciting plans with a couple of the Dita Von... 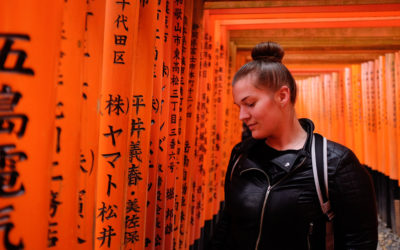 Well hello, gorgeous! Welcome to 2022. I might be a few weeks late to the party, but my wrist has now healed enough to return to the boudoir studio and I’m bursting with excitement, energy and a stack of awesome new business ideas to implement on my return! New Year...