For those of you that have been following the blog for a while, you’ll know that I’ve been having a good play recently with the Elinchrom ELC Pro 1000 heads from The Flash Centre. After my first attempt with performer Aurora Galore back at the beginning of January and a second, more fruitful attempt in an intensely controlled lighting environment with juggler Mat Ricardo, I figured I would go for sink or swim one more time during my live shooting session on The Flash Centre’s Stage at the SWPP Convention…

It was the last session on the stage for the day and not only did I want to try something different from my earlier talk, I also wanted to show off the Strobo and Delayed (rear sync flash) modes of the ELC Pro heads that none of the other speakers had covered. It was a brave decision, met by raised eyebrows from Alex at The Flash Centre! Knowing full well that I’d struggled in the ambient light of the community hall a fortnight before, I’m not really sure whether it was optimism or just pure determination!

Just to make sure we’d get something usable, Alex and I set up a very quick test shot before the demonstration started to see what we were likely to get. The Kings Suite at the Hilton had pretty high levels of ambient light, but we were still able to get a decent exposure. I welcomed Scarlet onto stage and an hour of experimentation with the ELC Pro heads began, starting with the Strobo set up. As we were in a public place I was a little cautious to put the frequency up too high for fear of setting off an epileptic fit in the audience, so we stuck around the 3-5 flashes per second mark to create some movement based shots. My absolute favourite from the day was this one of Scarlet throwing her hair back in the shot, creating lots of movement and texture.

After a while we then moved onto delayed mode, or rear curtain flash sync. Working at around 1.5 seconds per exposure, we played around with a range of movements, asking Scarlet to move from one position into a secondary pose in time for the flash to fire. During the shoot we were showing these live on screen in black and white, but the warm tones straight out of camera looked even better. Here they are, with very minimal post production. I’ve been testing out the ELC Pro heads over 5 shoots now and each time I feel I get something different out of them. I’m really happy with how these came out, especially the rear curtain flash shots.

Want to join me for my next Photography Masterclass? All of my upcoming masterclasses and workshops can be found right here. I can’t wait to work with you! 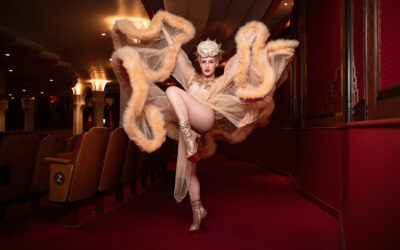 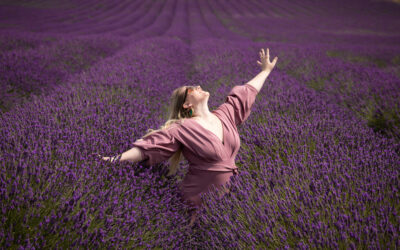