Has it really been three weeks since The Photography Show already? Time flies when you’re having fun – and indeed I’ve had a wonderful couple of weeks of shooting, editing, workshops and travelling – but I didn’t want to let the inaugural show pass without doing a proper write up on the blog!

Marking my fourth year at the NEC with Wacom, this year was all about showing off the re-branded Intuos Pro alongside the stunning new Cintiq Companion range that launched last summer! The Wacom stand was as packed as ever with lots of photographers wanting to get their hands on some seriously cool technology and finding out exactly how it could make them more productive in their editing workflows. From increased fluidity of movement and screen mapping to pressure controlled brush strokes, there are so many reasons why I would never go back to a mouse. In fact, it was such a hit with everyone attending too that The Photography Show included the Cintiq Companion in their Day Two highlights video, presented by the awesome David McClelland (photo below by Dave Clayton). Alongside the hands on demonstrations, I was also asked to present a series of sessions on both the Wacom and Digital Photo Solutions stands on how the Wacom Intuos Pro could speed up a photographer’s workflow. 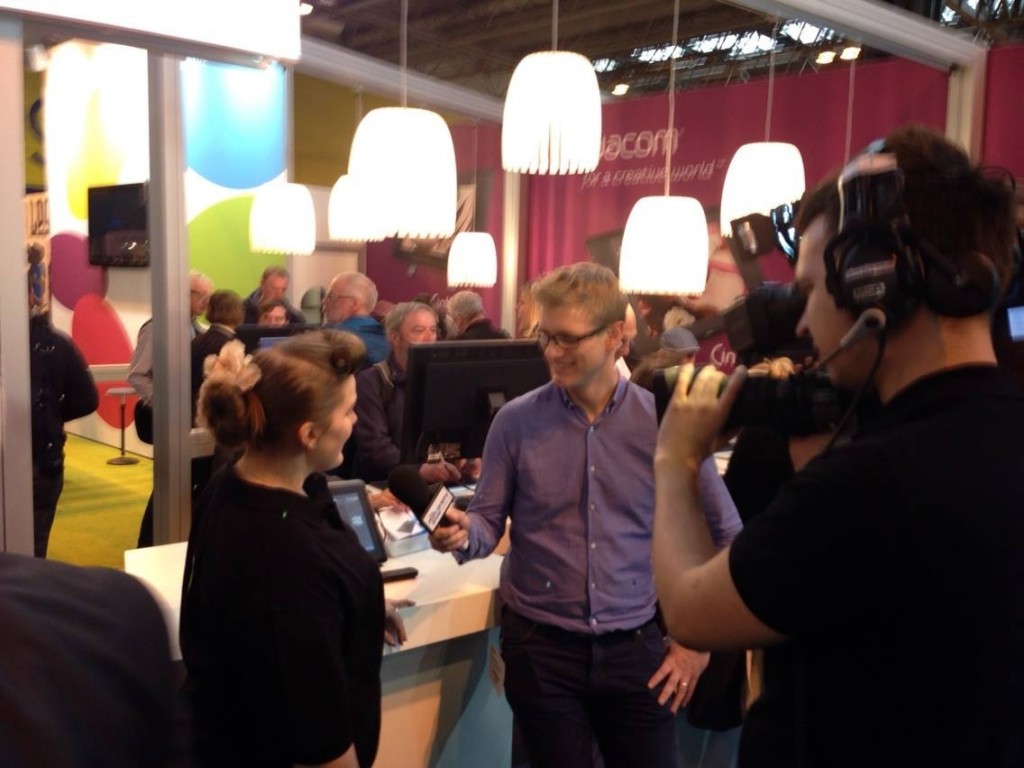 This year I was asked to represent the Elinchrom Ranger Quadra lighting range for The Flash Centre, who have been wonderful sponsors of the studio for the last 18 months. Their portable and lightweight kit has completely transformed the way I work on location, making it far easier for me to shoot on location where before I would have struggled with a lack of power! Although I’ve delivered a series of workshops over the past few years, this was to be the first time I had live shot on a stage, so it was great to be pushed out of my comfort zone a little and shoot in front of a much larger audience! It was a privilege to be working with Nadine Stephan too, who you may recognise from Frank Doorhof’s portfolio and workshops. Nadine was modelling for all of the Flash Centre workshops and her collection of outfits and hair pieces is phenomenal. How she managed to fly them all here in one suitcase I have no idea! I’ve included one of images taken live on stage, but will pop the rest in a separate blog post in the next few days. 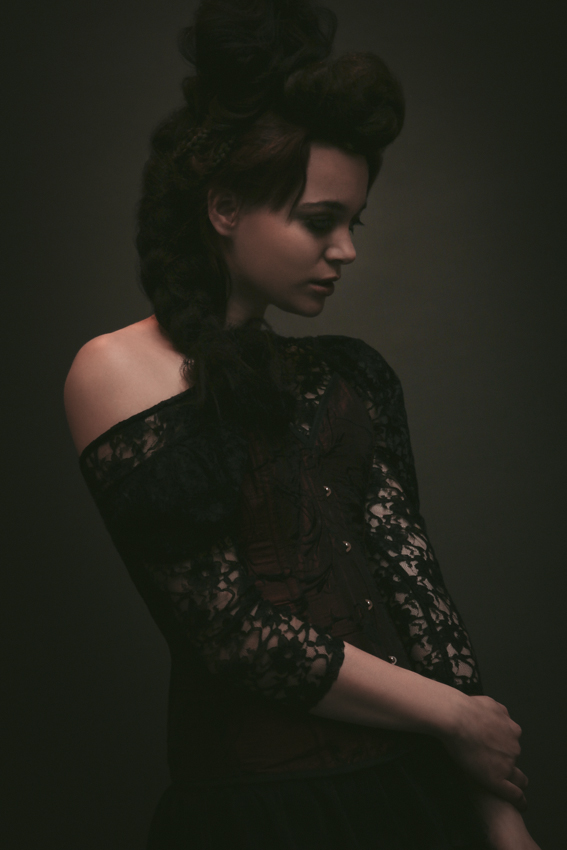 It was also a pleasure to be asked to run a series of free Lightroom and Photoshop sessions in the Adobe theatres, which turned out to be incredibly popular! Speaking alongside fellow creatives Richard Curtis, Glyn Dewis, Dave Mallows and Gavin Hoey, I was covering Lightroom workflows as well as advanced retouching techniques in Photoshop for photographers. The queue for all the seminars were out the door and round the corner on both sides, meaning a ticketing system had to be introduced to control the queues. It was wonderful to see so many photographers being so enthusiastic about learning new tips and tricks. You can see more of the Adobe theatres by watching the short clip below – oh and the limited edition Photographer’s Bundle for £8.78 a month runs out very soon, so if you want a bargain, purchase Creative Cloud here before 31st March 2014 or you’ll miss out!

The Photography Show was a brilliant event and it was wonderful to see so many familiar faces, as well as making new friends over the four days at the NEC. I’m already looking forward to next year’s show, which will be on the 21st – 24th March 2015. The dates are already in my diary, are they in yours?

WANT ME DELIVERED STRAIGHT TO YOUR INBOX?